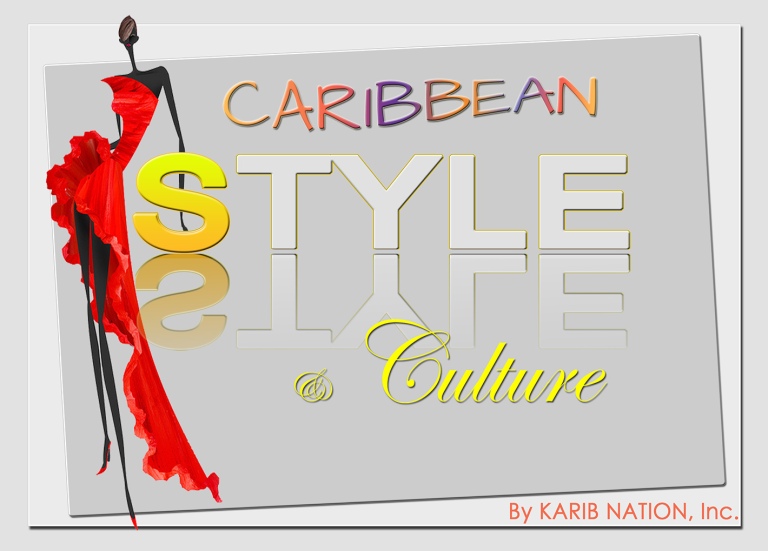 Growing up, Keisha Als never dreamed of becoming a designer. After graduating from St Joseph’s Convent in Port of Spain, she took a year to figure out her career ambitions and was then encouraged by her sister to enroll at UWI, (University of the West Indies) St Augustine. There, she earned a Bachelors degree in Communication Studies with a minor in History, but promptly started training to become a flight attendant as soon as her last exam was over. “While I was at UWI,” she recalled, “I apprenticed for an artist by the name of Paulette Alfred. She really taught me a lot about Carnival costumes and the whole process of creating them because she designed queen costumes for many years.

“Before flying I did a lot of everything – any kind of jobs I could do for extra cash. Working in mas camps, doing lots of odds and ends including, steaming feathers – that was my introduction to the Carnival industry.  “I knew that I wanted to do some sort of costume designs; I wanted to be in Carnival, all for my absolute love for carnival…

Als really honed her styling and design skills when she joined a local magazine as a photo-shoot coordinator. Since she had to organize everything including the location of the shoot, clothes and coordinating with models and photographers, she left the magazine with a wealth of experience. “I actually despised the word stylist because I didn’t feel I was qualified enough and you know – who died and made me a stylist? “It took people asking me for advice consistently, or asking for help with their photo-shoots. It was only when I got that outside credibility from people that I felt okay about doing it.” Als has styled singer Michelle Xavier for stage for two years consecutively, done wardrobe selection for Kees Dieffenthaller, designed outfits for Kes’ dancers, styled Anya Ayoung Chee’s bmobile campaign as well as Kimba Sorzano’s “Over You” video. Recently, Als’ Monday Wear designs were added to a new fashion e-commerce website launched by former Miss T&T Universe and Project Runway Season 9 winner, Anya Ayoung Chee. “I first met Anya about three years ago on a photo shoot where we used some of her lingerie designs,” Als said. “We had a good rapport and shared similar passions, so that meeting evolved into a number of smaller collaborations over the years and has now become this — an amazing experience. I’m amazed that she’s created something new — an online store for all things Carnival. And she’s packaged the festival and all its affiliated products in a unique way. I’m definitely happy and proud to be a part of that and I feel like it can only get bigger and better from here on.. Als can definitely identify with the saying that there is no success without failure. “I think that where I am today in terms of costume design is directly related to my failures and disappointments because the Carnival industry is not easy at all,” she stated frankly. “Its a who’s-who kind of thing, it’s about who likes you and who doesn’t like you… I guess it could mirror an international fashion industry setting in that respect. It also has to do with the power players and what they want.” She added that she has had one or two major set-backs and that being a freelance designer who is not affiliated with any one band makes disappointments harder to take. “It’s not just an artistic let down, its also a financial disappointment because costumes are not cheap. It costs way more than the average person may anticipate because you don’t sell a drawing, you sell a prototype. You have to be able to show them how it moves and looks in real life. So, as a freelance designer I have to take it upon myself to buy all the materials, get the different parts made, get a seamstress, wire-bender, whatever the design requires. “Having had quite a few disappointments for a number of years and not getting exactly what I wanted from the efforts I made, I became quite discouraged and a bit depressed. How was I not supposed to feel that way, after spending thousands of dollars and being rejected over and over?

“The good thing is that I don’t ever actually stay down for long.” In bouncing back from her failures, Als stumbled upon a parallel avenue through which she is now channeling her creativity while filling a lucrative niche within the Carnival industry. Her Monday Wear was a result of re-evaluation and good advice from her friend Tiffany , she said, who suggested the line. “I said ok, maybe I’ll just do a few to remain relevant in the industry and it kind of just took on a life of its own.” Now, Als has 19 ready-to-wear designs available and a few custom-made ones in production. For her the feedback has been tremendous… “You know that whole saying that when one door closes, another one opens, well: that’s exactly what this Monday Wear is for me! “It’s so much more fluid – it fits my personality and goes much better with my spirit because its all about me and how I feel and what I like,” she said. “I don’t have to answer to anyone or consult with anyone, its my business totally. The only people that I have to impress are the masqueraders.” For more on Keisha Als, visit http://www.thecanyavalshop.com or e-mail her at: keishals.blue6@gmail.com

Delia Alleyne is a young and upcoming Trinidad & Tobago designer whose work has been building a buzz since she burst onto the scene a few years ago.

Born on the beautiful island of Tobago , Delia Alleyne attended the Signal Hill Senior Comprehensive Secondary School and headed straight for the John Donaldson Technical Institute right after. There she completed her Diploma in Clothing & Textile Technology . “I knew that this is what I wanted to do from a really young age,” she said as she explained her reason for going directly into fashion straight out of high school. After graduating with her diploma , Delia began teaching clothing and textiles to the students at Goodwood High School in Tobago. With all that she had achieved so far, Delia knew in her heart that she could not settle and that she wanted more. She then left her post as a teacher to further her fashion studies at The Caribbean Academy of Fashion and Design at The University of Trinidad and Tobago pursuing a degree in Fashion Design. It was there that Delia’s talent began capturing the eyes of some of the industry’s top professionals as her unique abilities in design, construction and juxtaposing of textures was paid close attention too. Soon she became the whisper around town and little did she know the impact she would soon have in the fashion industry of Trinidad and Tobago. 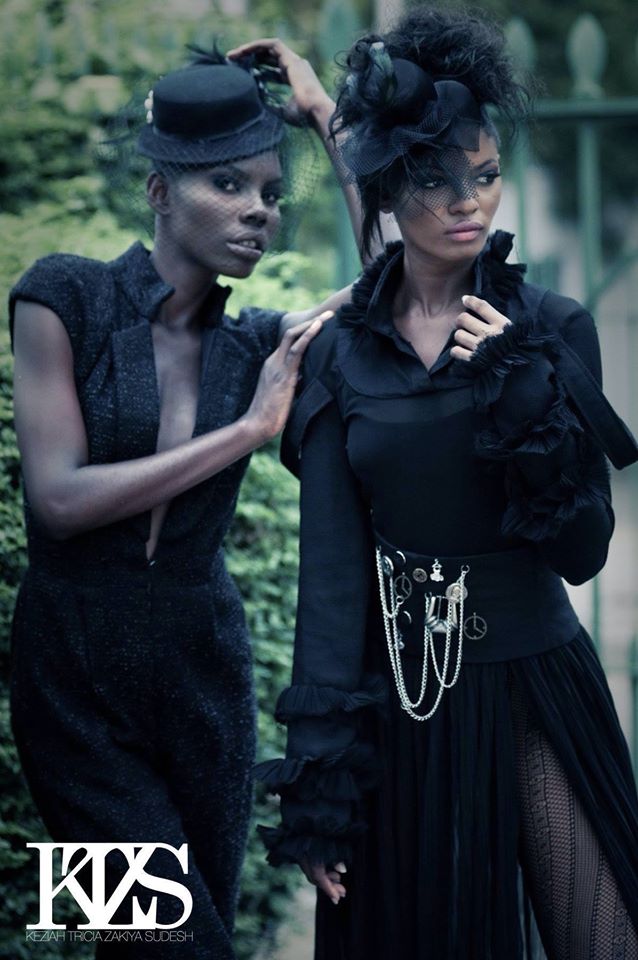 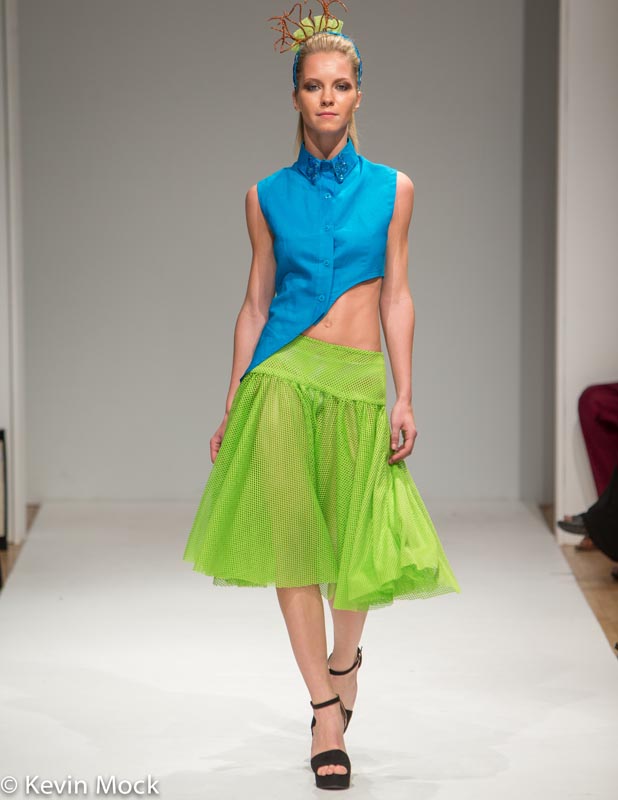 Delia has worked with some of the biggest names in the creative industry of Trinidad and Tobago. One of her most known work being with her good friend and colleague Anya Ayoung-Chee who is the season 9 winner of the international runway reality television series Project Runway. Delia became Anya’s sewing tutor for the hit reality series and was very pleased that her efforts with Anya became a worldwide success.

In April 2013, Delia worked with The Callaloo Company (Peter Minshall’s Mas Camp), under the recommendation of Meiling to outfit the cast for a Drew Manor event. In that same month, she showcased at the first installation of Tobago Fashion Coda at the Madgalena Grand Hotel in Tobago.

Steampunk revolution is her first collection since graduating from The University of Trinidad and Tobago. She showcased that line at Tobago Fashion Weekend in May, Caribbean Fashion Week in Jamaica in June and at CarifestaXI held in Suriname in August of 2013. 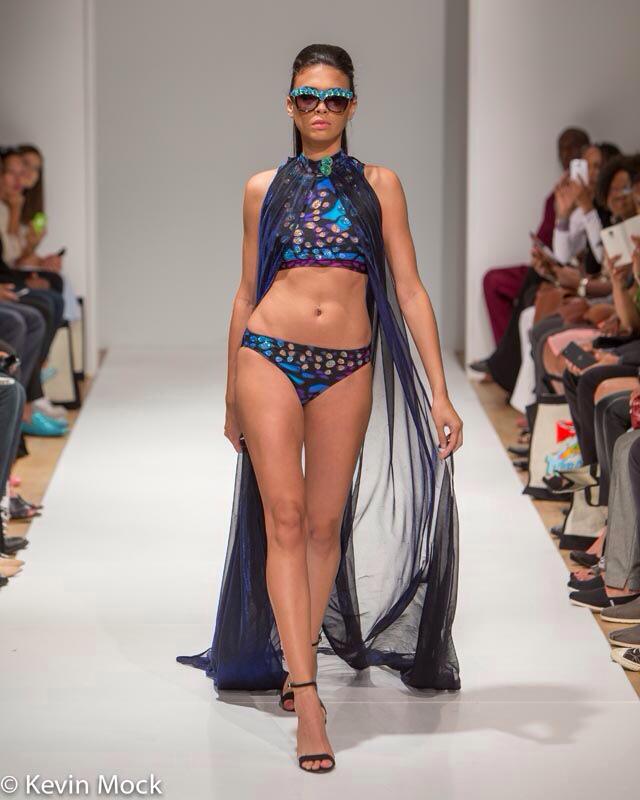 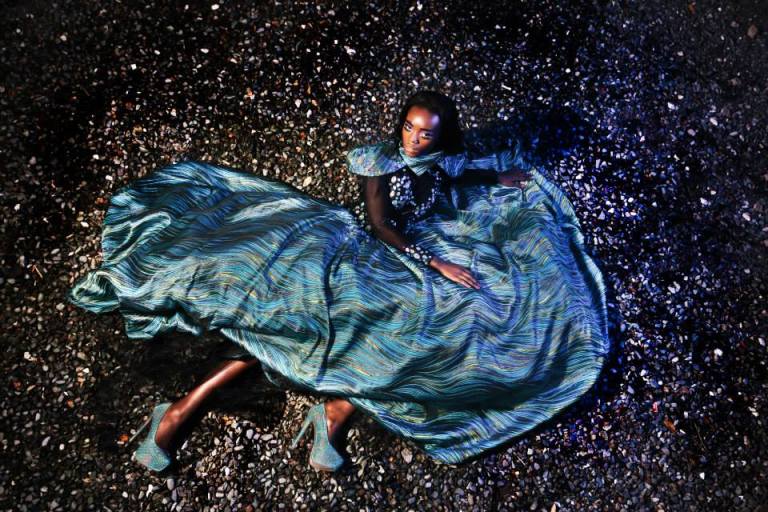 Delia Alleyne continues to build her brand in 2014 she showcased at Tobago Fashion Weekend and Caribbean Fashion Week. Her goal for the brand is to become recognizable throughout the Caribbean region and International region. 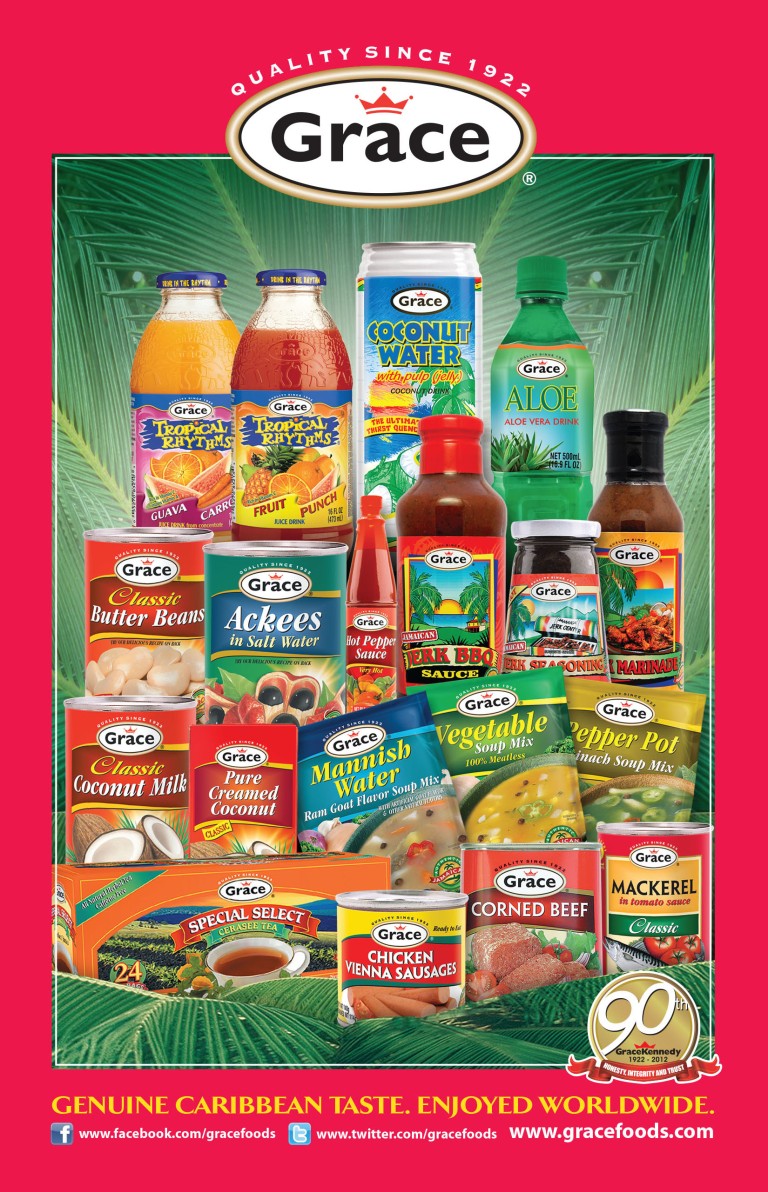 Indian born, Trinidad based fashion designer Charu Lochan Dass started her journey into the world of fashion from an early age as she has always been passionate about art, beauty and fashion. Merging her exquisite skills for painting and sketching and a natural instinct for fashion and style she pursued a degree in Fashion Design and Marketing at the London College of Fashion. After returning from London in 2011, she has dedicated her time and efforts in creating her self entitled brand CLD and making her dream a reality. 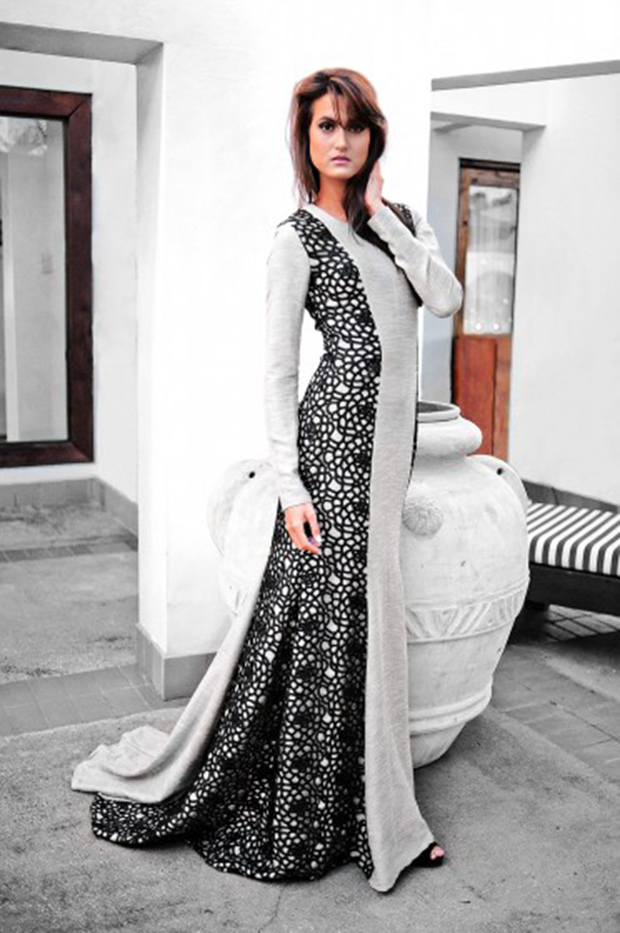 Her stunning collection is made for the Caribbean woman with a European flair. Her designs, made from silk, chiffon and georgette fabrics (which she sourced from Vanity Fair), feature bold looks that gently nod to the sixties, a period which she admitted to researching. “As a designer you have to do research after choosing your theme. The CLD collection is reminiscent of the classic, chic style of Audrey Hepburn and Jackie Kennedy Onassis.